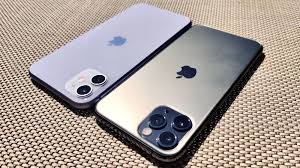 Every year, the technology used around the world is becoming rapidly more advanced, although that does not seem possible. This year is no different as Apple released their new products.

The company has debuted three new phones. They are the iPhone 11 for $699, the iPhone 11 Pro for $999, and the iPhone 11 Pro Max for $1,099. The new phones do not look incredibly different than their predecessors, although there are some changes. The new phones have incredible cameras that now can take wide angle photos. The Pro and the Max Pro phones both have three cameras that can shoot at 4K, and the basic 11 has a dual-camera system. These phones can shoot photos that one would expect from a professional photographer, and they come on your basic smartphone. The changes to the cameras are much anticipated every time a new iPhone comes out, but other than these changes there are no major changes. There are many changes under the hood that will never be seen, and there are major changes to the battery life and power as well.

With the new phones comes the release of other new products. The Apple Watch Series 5 starts at $399 for the GPS version and can be bought for $499 with 4G. The new watch has an always on setting which allows for time to be seen at all times. The new battery life is up to 18 hours as well. The new watches are available in aluminum, ceramic and stainless steel casings. As well as the Apple Watch, there is the release of the new iPad models, which simply replace the 9.7 inch model with the 10.2 inch model.

The new Apple products can wow buyers and rightfully so, as the technology on the products is something customers would expect from a futuristic space movies. Ultimately, the changes are nothing that can change ones life, unless the consumer wants to pay almost $1,000 for a phone with a great camera. I personally will stick to my iPhone 8.